Is it Spam? This week in 419 (Advanced Fee Fraud) Spam

In a previous post, I share that I assume that nearly email I receive that even hints at having a commercial message is spam. This week I've seen lots of 419 also called Advanced Fee Fraud spam.

I've previously explained one kind of advanced feee fraud in an earlier post. Typical advanced fee frauds explain how you can receive a windfall payment in return for assistance and a modest fee. One such scam in my spamtrap provides a classic example:

Several recent frauds in my spamtrap are straight-up identity theft scams. These ask you for your personal information so that funds or an account can be transferred into your name.

These scams contain Subject: lines that often seem to be the formal greetings one typically sees in correspondence delivered by the postal service:

My beloved in Christ,

Great News, You are Advised to Stop Contacting Them

and contain references to International agencies:

In my earlier post, I explain how to collect data to confirm these are spam. For these scams, I beg you to always remember to NEVER trust an email that asks for personal information of these kinds: 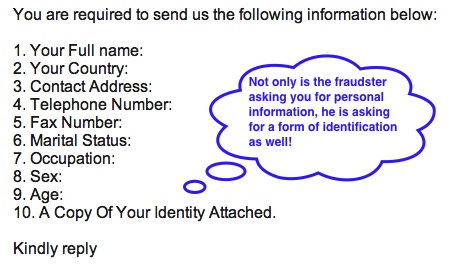 In the next screen shot, you can see how scammers may try to dissuade you from sharing their correspondence with anyone because the more eyes that see the message, the more likely someone will recognize it as a scam. 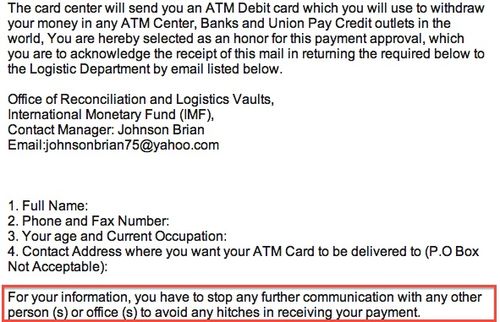 If you have any suspicion that an email you received is a 419 scam, DO NOT reply. DO NOT send any personal information. DO NOT contact the party by telephone. To learn more, begin here.

Posted at 10:00 AM in Anti-Malware and Anti-phishing, Is it Spam?, Stop Think Connect | Permalink | Comments (0) 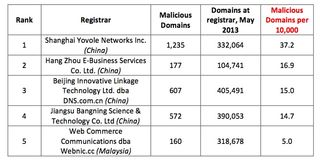